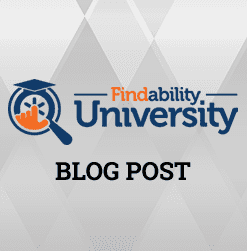 Back in July, Clarabelle Rodriguez attempted to purchase a pair of eyeglasses from a retailer that showed up at the top of Google’s search results. After fighting with the company to receive her order (that ended up being counterfeit), a series of extremely rude conversations with both the online retailer and her bank, and a deluge of threatening emails and phone calls, Rodriguez contacted the police and the New York Times.

It turns out Rodriguez was not the first to complain about this particular retailer. In fact, there were enough negative comments from various consumer forums linking to their homepage to actually boost their Google PageRank. Their negative community actually rocketed them to the top of search results.

After seeing this New York Times story posted over Thanksgiving weekend, Google quickly reacted with an apologetic blog post and an update to their search algorithm code. In their post, Google says that they have created an initial solution to the problem that is going to punish retailers that are known to have poor customer service.

Although Google will not reveal much more information about the changes to their algorithm than that, they do say, “…with reasonable confidence that being bad to customers is bad for business on Google.”

These documented algorithmic changes reflect a fundamental shift in Google’s complicated ranking formulas. Google is measuring consumer perception, rewarding websites with “good” commentary and punishing websites with “negative” commentary. This is setting the foundation for a serious shift in how Google ranks sites. Now, having consumers post positive reviews on forums and social media sites (such as Facebook, Twitter, LinkedIn, etc.) is not only a necessity for branding and driving traffic, but it will also directly affect the ranking of your website. As we have been telling clients for months, Social Media Marketing continues to grow in importance for successful search marketing strategies.

What do you Think About the Google Algorithm Change 2010?

For more information, check out this story from PC World.