Have you heard the concept of keyword stuffing? It’s not like Thanksgiving and has nothing to do with stuffing or Turkey. It’s not delicious and it’s definitely something you do not want to do. 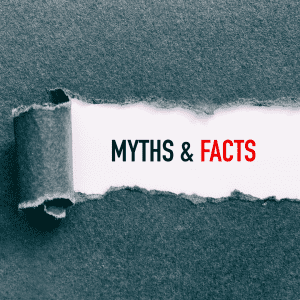 SEO has a lot of myths. And one of the myths is I want to use the keyword as many times as I can as long as I can on a page. This is also called keyword stuffing. Unfortunately putting in way too many keywords in all the wrong places will not make Google happy. So, let me walk you through some of the elements so that you don’t get in trouble with Google.

These are 4 of the main areas that I see people stuffing keywords. Meaning that I’m going to put tons and tons of keywords in the title or the title tag of the website. The title is the blue line that shows up in search results. People will just misuse this like no one’s business. They’ll say, “We do this, We do that and we do this and we do that.” It’s like a smorgasbord of keywords that’s in the title tag. No, no, no.

This is that blue line that shows up in search results so you want your company name and one keyword phrase. This is called the title tag, okay? You get 60 characters for this bad boy.

Now, when you google yourself, you will see that blue line right above your domain name. That’s called the title tag. Just keep it simple and sweet and don’t stuff keywords there. It is important when you are ego surfing or googling yourself always go incognito, this works for airline tickets and concert tickets.

They’ve got smart people working there. They have figured out all the deceptive practices you could possibly imagine. Do not stuff keyword names and definitely do not stuff the alt text.

That is actually for people with disabilities who are either hearing impaired or visually impaired.

They’re going to roll over that and the alt text gets read to them. All text is what actually tells the person with that disability that they… This is what you’re looking at right now. It’s very important we don’t stuff there. You just want to put the keyword of what the image is about.

The next one is stuffing. Keywords and content are like a cupcake. You can roll it in sprinkles or you can just gently sprinkle them on top. Keywords are not rolling it in sprinkles. We’re not trying to paint the page in keywords.

That was for Google. And you really disenchant the visitor. So, you have to be really careful about… You want to wrap your content  in a big hug. Start with a keyword and end with a keyword, right?

That tells Google that you’re not deceptive. You’re just starting with that concept and ending that concept and then sprinkle it throughout. Remember, not rolling it as much as we all like sprinkles. We’re not going to roll it in sprinkles where it’s going to be very strategic about how we put the keyword in there.

Finally hashtags, I see this a lot in social media. Now, on Instagram, they say you can use up to 10 hashtags which is fine. But we need to remember that it’s also about content first hashtag second. Also, hashtags work across all platforms now.

You can tweak them based on the subject or the content of that post. But don’t put too many hashtags in there. Right now the limit is up to 30 hashtags. That’s also another stuffing practice that you need to be careful of and also dissing the visitor who sees all that junk in there. As well as is it about the hashtags or does it relate to the content?

So, make sure that you’re not going too crazy. When you think about stuffing, don’t stuff the title tag. Don’t stuff images, content, and don’t definitely… Don’t stuff hashtags. The bottom line is you’re trying to create relevant content.

Relevant content means those are the things that have been named. They haven’t just named the content. The title tag is the name of the content. You’re just trying to point them toward where you want that keyword to rank.

You will not win any points by painting everything you do with a keyword phrase. So, just remember it’s about relevance, it’s not about repetitions and keep it interesting. Keep it relevant and make it findable. That’s the only way to write a really good connection to content and stay away from any kind of keyword stuffing. 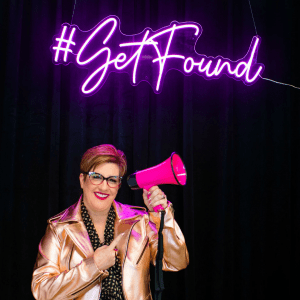